One mother’s journey to get a diagnosis for her autistic child.

When my daughter was six months old I began noticing that something just wasn’t quite right. But, I decided that I was just comparing her to her gifted older sister and convinced myself that the differences were all in my head. That did not last very long. With each passing week and month, the differences between the two children became glaringly evident and other people started noticing as well.

I started by talking to her pediatrician at a routine checkup. I explained that my daughter, now nine months old, refused all food other than formula and had never slept through the night. In fact, she never slept more than two hours at a time. The pediatrician dismissed my concerns and told me that my daughter would eat when she was hungry and sleep when she was tired. I was disheartened but figured that the pediatrician was right since she had the medical degree. I was merely a parent.

At her one year check up, I addressed the same issues as before. I also told the doctor that my daughter did not like loud noises, even normal every day noises, hated baths, and was expressing fears about things she had never been exposed to. She was also having severe toileting problems. The doctor referred my child to a speech pathologist to see if there was a swallowing mechanism problem. That was the only issue addressed. 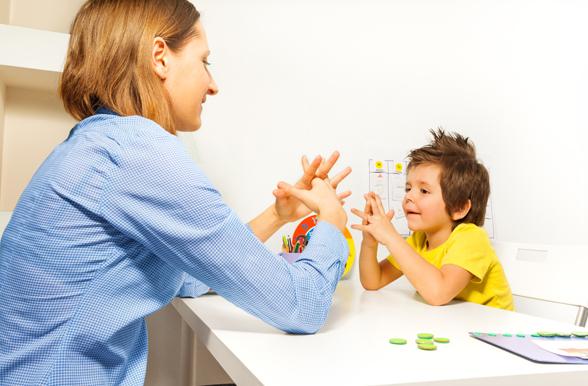 At another visit, I expressed all of the aforementioned concerns. This time, the doctor referred my child to a gastroenterologist. It turns out, my child was allergic to the formula that she had been on for over a year and had developed allergic colitis. This was the primary cause for the food refusal and toileting problems. Finally, I felt like some progress was being made.

However, the food refusal did not improve after the allergen was removed from my daughter’s diet. My child was 18 months old and still drank formula. She had also begun refusing to communicate with people she didn’t “pick out” and would stare right through people that spoke to her without her consent.

At another pediatrician visit, I expressed concern about the new issues and was again dismissed. I was told I needed to let my child be herself and quit expecting her to be like her gifted older sister. It was a horrible slap in the face.

Finally, when my daughter turned two, I requested that my daughter be given a referral to a behavioral and development pediatrician in my area. The request was begrudgingly honored. I have never been more thankful than at that moment.

At the first visit to my daughter’s new doctor, he knew exactly what I was up against. I told him the story, as I have told you, and the lengths I had gone to so my daughter could be helped. I told him how frustrating the process had been and that it felt like no one was listening to me. The most comforting words I had heard from a doctor concerning my daughter came from him at that moment. He said “I am listening now.” He really was.

Tests were done on my daughter, questionnaires were completed by those closest to and most familiar with my daughter and the answers finally came. After two and a half years, my quest had finally come to an end. The diagnosis was Pervasive Developmental Disorder Not Otherwise Specified. The doctor explained that he was almost certain that a diagnosis of Asperger’s Disorder would follow but that diagnosis could not be made until my daughter reached school age.

Because of my persistence and a doctor that finally listened, my child is finally receiving the occupational and physical therapy she so desperately needed. It appears that I am not alone in my frustration. Many parents face the same dilemma that I did. According to ScienceDaily: a study has shown that the parents of the females being studied had sought help for their child in early development but no help had been received and no diagnosis given.

The bottom line is that no one will ever know more about a child than the parent. Never let a doctor tell you that you are wrong or that nothing is wrong when you know there is. Keep pushing. Keep seeking answers. If your child’s doctor dismisses you, fire him or her and find a new doctor. A medical degree does not make a person omnipotent or infallible.